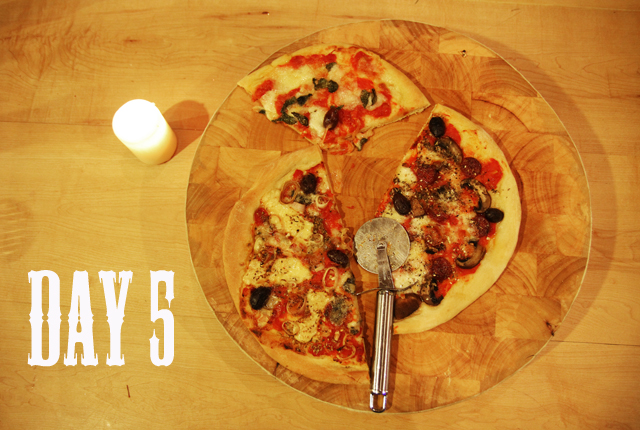 So yesterday I was grumpy – today I am happy!

After another night of bizarre dreams I got up and did the yoga that I was supposed to do yesterday.  Then I jumped on the scales to be amazed that I was nearly 3lbs lighter than the start of January.  My friend Jan who lives round the corner did comment that I must have been drinking an awful lot to loose that much so quickly but I have also given up the mince pies, cheese and the chocolate Christmas life style as well.

Later in the afternoon I decided to go for a run.  I’m not new to running but over the last couple of years I’ve really not been out much largely due to injury and then apathy.  However today was different.  I loaded up the Swedish House Mafia on my MP3 (a present from my son Tom for Christmas – what a hip mother I am!) and then I was off.  OK I wasn’t quick but I managed to jog for two and a half miles with only one stop which was for a chat with another friend from the village.

And so to pizza night – traditionally every Saturday night where, along with making our pizzas from scratch, we drink a plenty of wine .  I can’t say it was easy – red wine does go so well with pizza but we managed.  Tom had another beer – but I coped and right now I’m still feeling happy!